A downloadable game for Windows, macOS, and Android

An army of zombies has driven humanity to the brink of extinction. The only thing standing in their way? You, as a fighter on a killing floor with a powerful gun in your hand.
Mow down hordes of zombies and reignite the spark of mankind’s resistance!

ZKILLER is a first-person shooter survival horror video game set in a zombie-apocalypse world which is developed by Chainsaw Games Studio. Survival games are generally open-ended with no set goals and are often closely related to the survival horror genre, in which the player must survive within a supernatural setting, such as a zombie apocalypse. ZKILLER is developed via the Unity3D game engine. The game features an advancement system, full-detailed environments and unlockable weapon and levels.

ZKILLER gameplay includes of player fighting through waves against hordes of zombies. As waves pass, the enemy count will surge, and different types of zombie are spawned with the final wave ending up in a boss fight. The player is equipped with four different weapon slots to be supplied with melee weapons, hand-guns, assault rifles, shotguns, light machine guns and grenades. Random ammo and health packs can be found by exploring the map, though the player has a limited amount of weight to carry. The player loses health when hit by zombies or by certain environmental hazards (i.e., explosions).

When players kill a zombie, they earn in-game experience points and money according to head shot, combo and melee kills. Zombie killer levels up when a sufficient amount of experience is obtained. The levels can be used to unlock maps and to buy different types of armory. To purchase a weapon, the player should reach a certain level and gather enough money. Achieving more head-shot kills may cause the game to enter an advanced slow motion time, a few seconds where all game actions for players and all zombies are slowed down, which for player can be used to carefully target their next shot or start a different procedure of action.

In 2020, a menacing conflict happened between the nations around the world, so every politician was thinking about Biological warfare. As an act of war, Biological warfare is the use of biological toxins or infectious agents such as bacteria, viruses, and fungi with the intent to kill or incapacitate humans, animals or plants.

Due to the development and use of nuclear weapons near the end of World War II and their subsequent acquisition and deployment by many countries, the potential risk of Biological warfare is a common theme in speculations of a third World War. The first country equipped with the bio-weapons is initiated World War III by release of a biological virus through the world. High-scale apocalypse with a gigantic number of casualties was the devastating result of this war.

Meanwhile, you are a fighter who survived. Survived to live long enough to see the future of human race. The human race is under extinction due to a virus called z0k0. Z0K0 kills people after a while and then transforms the people’s corpse to a zombie. Zombie is a walking corpse without any role of consciousness in it, and this thing is strongly interested in eating the flesh and drinking the blood. The blood of other living things like human… like you.

To survive, kill them all…

Apocalypse World – To survive, dance with the DEVIL

Brutal Zombies – Look behind your back

Armory – Unlock them with ranks

Game Audio – Turn on your headphone and turn off the world

Chainsaw Games is an independent game development studio which focuses on developing cutting-edge quality and fun games for all platform and consoles.

ZKILLER is its first project for PC and Android, which was extremely well-received by both the gaming press and the gaming community. 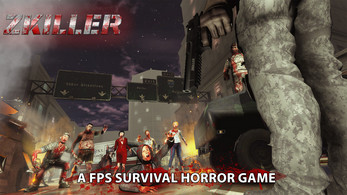 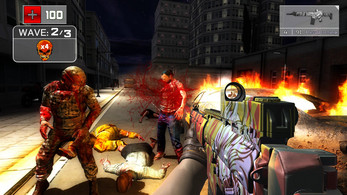 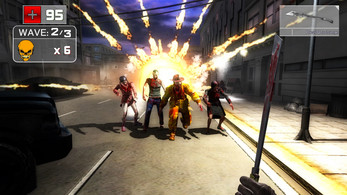 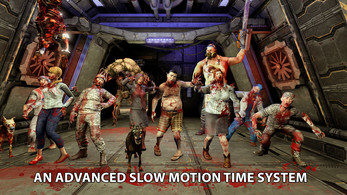 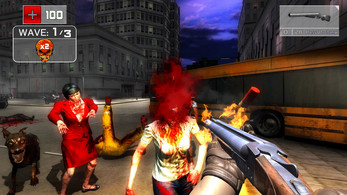 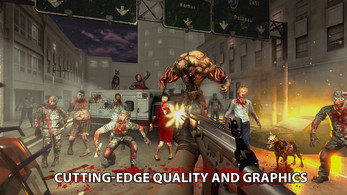 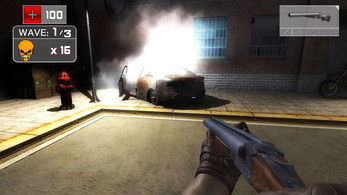 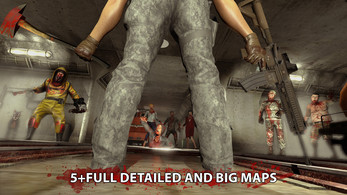 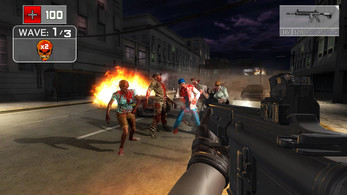 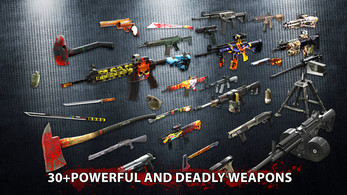 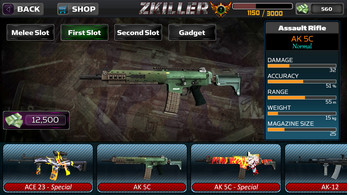 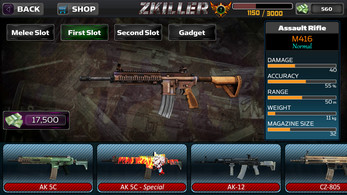